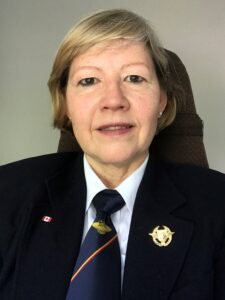 In 2021, the Air Cadet League of Canada celebrates its 80th Anniversary!

Over the past eight decades, the Air Cadet League has continually worked to establish and support Squadrons in communities across the country, from coast to coast to coast. Currently there are over 450 Squadrons with more than 28,600 Air Cadets.

The Air Cadet Program fosters the interest in aviation, leadership and citizenship, and to this end the Air Cadet League of Canada encourages cadets with opportunities like access to Education Scholarships and Continuation Flying Training Awards, the ability to engage with the aviation industry to train in our fleet of gliders, and to participate in effective speaking, music and biathlon competitions.  We seek to enable our youth to explore new skills and to have the experiences that will provide them a strong foundation for their future as they grow to become engaged citizens and leaders in our global, diverse and inclusive world.

The Air Cadet League is thankful for our thousands of member volunteers, donors and supporters each year who give of their time, expertise and resources to ensure the continued vitality and growth of the League and enable the cadets and their squadrons to succeed in reaching their goals.  In partnership with the Canadian Armed Forces, the Air Cadet League looks forward to the next 80 years and the continued success of the Air Cadet Program.

As a past Air cadet and Cadet Instructor Corps Officer, it is my honour and privilege to serve as the President of the Air Cadet League of Canada.

An aviation focused organization preparing youth to be engaged citizens of Canada.

To promote and encourage the nation’s youth to develop and maintain an interest in aviation, leadership and citizenship, in partnership with the Canadian Armed Forces and other organizations.

To help youth improve their knowledge of aerospace and aviation by supporting and providing access to educational programs and resources.

To collaborate and assist our CAF partners in our shared roles and responsibilities in support of the Royal Canadian Air Cadet program.