WO1 Heather Blake has always been passionate about flight and this dedication and commitment has allowed her to achieve both her glider and power pilot’s licenses through the cadet program over the last two years. She is a student of Memorial University in St. John’s, Newfoundland and Labrador, pursuing a Double Major Program, consisting of two Bachelor Degrees – Science and French. She aspires to become a medical doctor, with a specialty in obstetrics.

Thank you to WestJet, title sponsor of the competition, for providing Heather and all national finalists from across Canada with airfare.

The Air Cadet League of Canada is a civilian non-profit community based and volunteer led organization, which in collaboration with the Department of National Defense and our other partners, is dedicated to supporting the objectives of the Royal Canadian Air Cadet program, and to developing in youth the attributes of good citizenship and leadership; promoting physical fitness; and stimulating the interest of youth in the aviation and aerospace industry, including the air element of the Canadian Forces 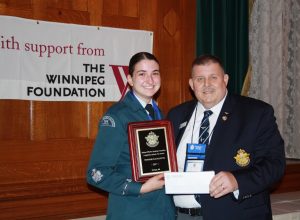 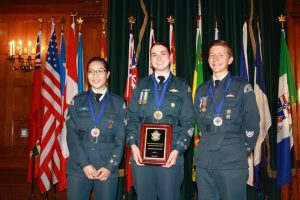