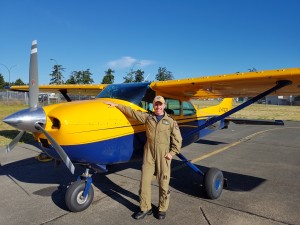 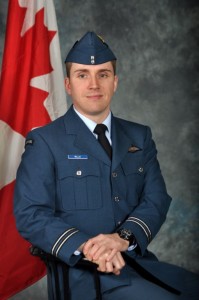 OTTAWA, ON (June 28, 2016) – The Air Cadet League of Canada (ACL) congratulates Captain Tyler Willis, who has been awarded the 2016 Officer of the Year Award.

An extraordinary CIC Officer, Captain Tyler Willis consistently demonstrates a deep passion for the Air Cadet Program. His remarkable energy, vast knowledge of military protocol, rules and regulations have permitted him to assume highly responsible positions requiring intensive training. His highly positive attitude and ability to establish a close, mutually respectful working relationship with the cadets under his command reveal skills that can get the best from cadets. What is remarkable about his multi-tasked responsibilities is that he successfully balances his squadron responsibilities, his regional and provincial flying duties with his desire to establish a successful civilian career.

The Officer of the Year Award is presented to an individual who serves in support of the Canadian Cadet Organization at the National, Provincial, or Local level, when it is desired to honour such a person for service that is considered to be above that which might normally be expected of a Member of the Canadian Forces in its CIC component.