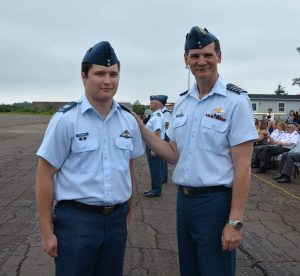 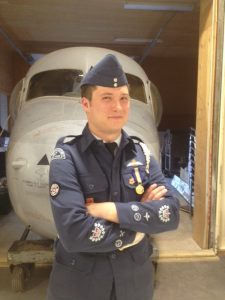 WO2 Thomas has demonstrated a high level of leadership and discipline within his squadron. He has participated in many activities within the Air Cadet Program such as the Glider Pilot Scholarship, the Power Pilot Scholarship, biathlon and effective speaking. He hopes to participate in the glider instructor course in the next few years and teach cadets to fly and plans to attend the Moncton Flight College next September to obtain his Commercial Pilot Licence.

The Air Cadet League of Canada is a civilian non-profit community based and volunteer led organization which is dedicated to supporting the objectives of the Royal Canadian Air Cadet program, and to developing in youth the attributes of good citizenship and leadership; promoting physical fitness; and stimulating the interest of youth in the aviation and aerospace industry, including the air element of the Canadian Forces.